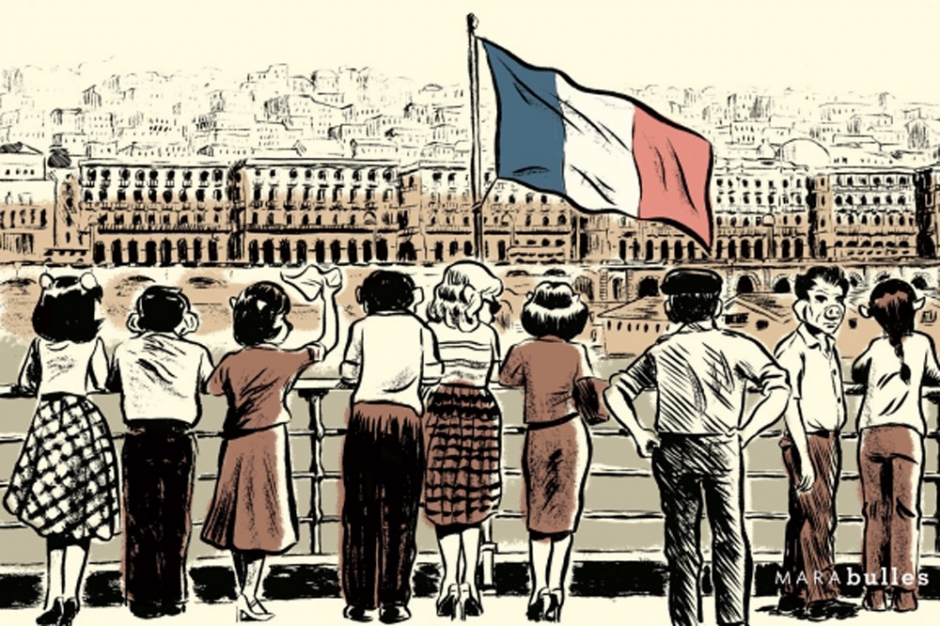 
Jennifer Howell is an assistant professor of French at Illinois State University. Her research and teaching focuses on postcolonial Francophone literatures and cultures, the graphic novel, photography, and ecocriticism. She is specifically interested in how the memory of trauma is transmitted within diasporic communities. Her first monograph, The Algerian War in French-Language Comics: Postcolonial Memory, History, and Subjectivity (Lanham, MD: Lexington Books, 2015), was recently published as part of the series, “After the Empire: The Francophone World and Postcolonial France.”

The decolonization of Algeria represents a turning point in world history, marking the end of France’s colonial empire, the birth of the Algerian republic, and the appearance of the Third World and pan-Arabism. Algeria emerged from colonial domination to negotiate the release of American hostages in Iran during the Carter administration. Radical Islam would later rise from the ashes of Algeria’s failed democracy, leading to a civil war and the training of Algerian terrorists in Afghanistan. Moreover, the decolonization of Algeria offered an imperfect model of decolonization to other nations like South Africa that succeeded in abolishing apartheid while retaining its white settler population. Algeria and its war of national liberation therefore constitute an inescapable reference for those looking to understand today’s “war on terror” and ever-expanding islamophobia in Western media circuits. Consequently, it is imperative that students and educators understand the global implications of the Algerian War and how to best approach this conflict in school and at home so as to learn from the consequences of misrepresentation at all levels of the memory transmission chain. These objectives are all the more important today given the West’s misunderstanding and mischaracterization of Islam, the Arab Spring, the Muslim-majority world, and, most importantly, the continuing influence of French colonialism—especially in the postcolonial era. Comics provide an alternative to textbook representations of the Algerian War in France because they draw from many of the same source materials yet produce narratives that are significantly different. Although comics rely on conventional vectors of memory transmission like national education, the family, and mainstream media, they can also create new and productive dialogues using these same vectors in ways unavailable to traditional textbooks. From this perspective, comics can be an effective and alternative way to develop a more inclusive social consciousness.