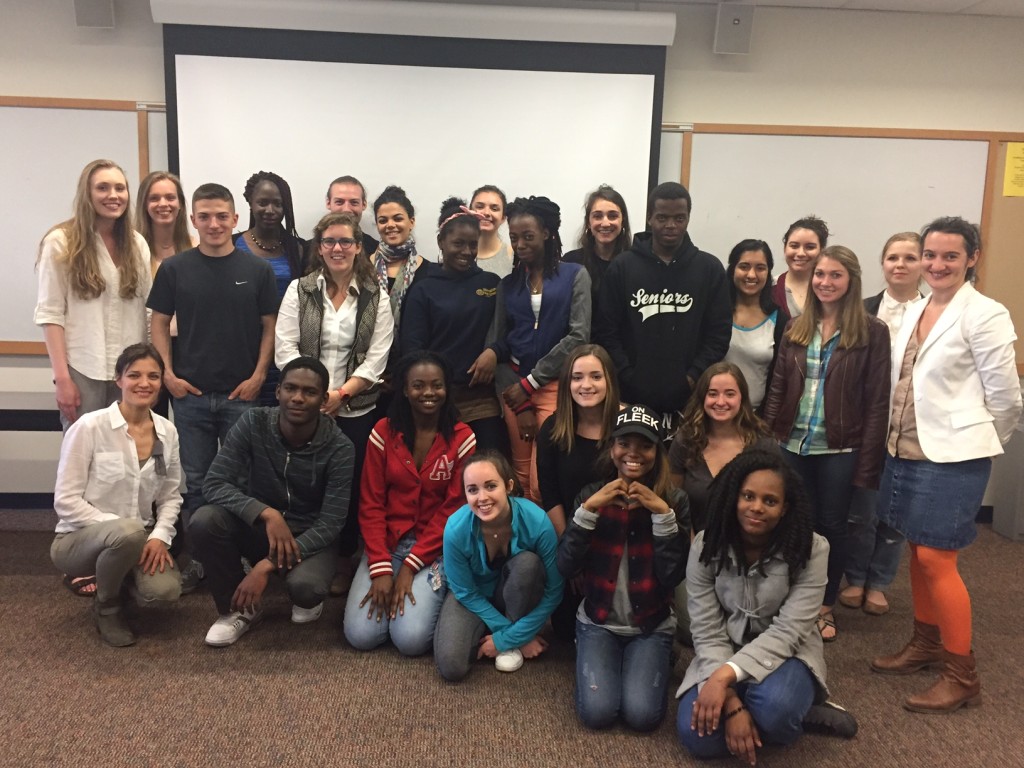 On Wednesday, April 20, 12 students of the French Heritage Language program, of Haitian origins, met the students of Hélène Godec’s course on French Business Culture – a course she teaches for the French program in the Department of Modern Languages an Literatures on the Lincoln Center campus. Together, they read texts in Creole and discussed in French, Creole and English differences between the Haitian and American education systems. They also worked in smaller groups on issues as varied as bilingualism or women’s access to leadership positions in politics and business. Further information about the French Heritage Language program in NYC and other American cities can be found here:

The French Heritage Language Program is a program of FACE Foundation, a non-profit organization working in partnership with the French Embassy in the United States and the Internationals Network for Public Schools. Created in 2005, it is the first program of its kind to directly address the needs of underserved French-speaking communities in public schools and community centers across the United States.

Most of our students hail from West Africa and Haiti and live in areas where no French language instruction is available or accessible to them. By providing them with free French classes, our program gives these students the possibility to keep strong bonds with their cultures and identity within their own schools and communities.