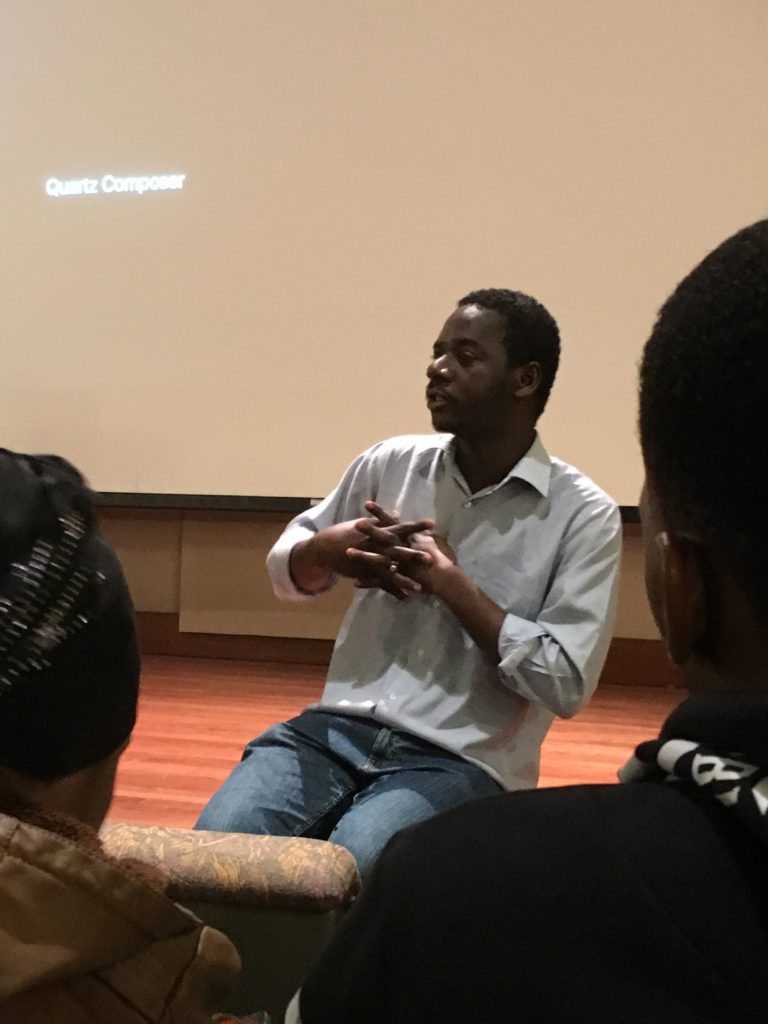 Senegalese director, cinematographer and screenwriter Mamadou Dia (Contained (2016) and Samedi Cinéma (2016)), currently based in NYC, shared his latest short film and experience as a filmmaker with a large group of students from Fordham and the French Language Heritage Program.

This semester, 24 students are enrolled in Audrey Evrard’s FREN / COLI 3476 Francophone African Cinemas class, and so far, they have had opportunities to not only watch and discuss classic films but also to meet young directors such as Mamadou Dia and documentary filmmaker Rama Thiaw who visited Fordham on Thursday, February 16 to present her award-winning documentary, The Revolution Won’t Be Televised (2016). 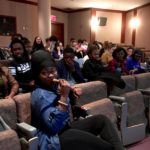 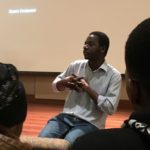 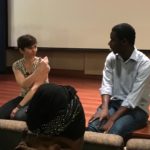